A Voice in the Conversation: Why Diversity Matters at Princeton

From the March 22, 2017 edition of the Princeton Alumni Weekly

I was delighted when Cecilia Rouse, the Lawrence and Shirley Katzman and Lewis and Anna Ernst Professor in the Economics of Education and dean of the Woodrow Wilson School, agreed to write a guest column for this issue of the PAW. I was even more pleased that she chose to address a topic of vital importance for our University and, indeed, our nation. — C.L.E. 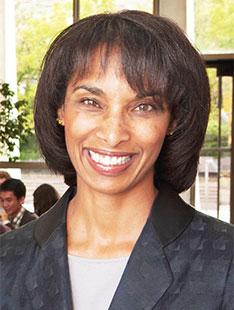 Open any college view book, and the word “diversity” pops out. In 2017, most institutions of higher education aim to increase diversity on campus — and by that they generally mean racial, gender, and socio-economic diversity — of the student body, faculty, and staff.

Such diversity is certainly important. It is right and fair to ensure that people of all backgrounds have access to places like Princeton University. For too long, people of color, women, and those from more impoverished backgrounds were not welcome in the academy.

While there is still progress to be made, much has changed. In my own family, my father, one of the first African Americans to earn a Ph.D. in physics, could not find an academic position in the 1950s; today, all three of his children are, or have been, university professors. At Princeton, of the 88 percent of this year’s freshmen who are from the United States, 43 percent are non-white, and 21 percent are eligible for federal Pell Grants for low-income students. Fifteen percent are the first students in their families to attend college. At the Woodrow Wilson School, where I am dean, more than half of those in the first-year class of our Master in Public Affairs program are women, and of the 80 percent who are from the United States, 45 percent are non-white.

What often get overlooked in these data are the benefits that flow to a community when it has diverse membership. The body of empirical evidence on the impact of demographic diversity is growing. For example, research has shown that racially diverse groups significantly outperform other groups in complex problem- solving tasks: they exchange more information, deliberate longer, ask harder questions, and scrutinize information more thoroughly. One theory to explain this is that when people work with people like them they tend to over-trust; working with those who are different seems to ensure a healthy amount of skepticism.

Diversity also affects which topics gain attention in the first place. Last year, Princeton students in the Black Justice League called attention to the racist actions of Woodrow Wilson, resulting in a deeper examination across campus of one of Princeton’s legends. In my own field of economics, female and male economists have, on average, different views on a variety of issues, such as the need for labor standards in trade agreements and income inequality, which undoubtedly affects the choice of research topics and curriculum.

I strongly believe, however, that diversity cannot be viewed solely along demographic lines. While we do not always think of diversity in terms of thought or political orientation, we should. It is critical that in our classrooms, boardrooms, and halls of government, people who have different ideological viewpoints interact and work together to debate the important issues of our day.

Diversity of opinion punctures the echo chamber. Working with someone who thinks differently requires a reexamination of one’s own assumptions and forces a deep dive into why people can come to different conclusions when presented with the same set of facts.

Unfortunately, there is a dearth of research on the value of diversity of thought. This is where Princeton can add to our understanding. For example, our social scientists could propose experiments and test whether bringing together people with different political viewpoints has the same positive outcome as bringing together those who differ demographically. Jonathan Kastellec, assistant professor of politics, is already doing some of this pioneering work, examining the impact of diverse judicial panels on case outcomes.

We are taking steps to ensure that Princeton is a community where students and faculty of all political stripes feel free — and in fact are encouraged — to express their opinions. At the Woodrow Wilson School, for example, we bring in speakers from across the ideological spectrum, we have faculty who have worked for both Democratic and Republican administrations, and we reach out to conservative and liberal organizations when recruiting applicants for our master’s programs. We need to continue to take these and other steps as we strive to achieve true inclusivity.

I want to be clear, however, that I am not advocating for a system where diverse decision-making is code for watering down debate in an effort to ensure that everyone walks away happy. Nor is it license for giving weight to baseless, slanderous, or otherwise purely “ad hominem” arguments. Rather, the goal is to reach decisions by doing the hard work — having difficult, labored discussions where evidence is gathered, assumptions are debated, and values are honestly and respectfully examined. The better tuned, analyzed, and thoughtful decisions that result are worth the effort, even if not all parties are happy in the end.

True diversity is not just about numbers or pretty pages in a view book. True diversity demands inclusion — not just having a seat at the table but also having an equal voice in the conversation. As Verna¯ Myers, a noted diversity advocate, asserts: “Diversity is being invited to the party. Inclusion is being asked to dance.” And I would add — true inclusion is being one of the people who has a say in what music is played.