Published in the Jan. 7, 2015, issue of the Princeton Alumni Weekly

Dick and Ken were notable figures on campus not only because they were allies from warring countries — they were the only Asian students in their class. When Dick returned to Singapore, where he was born, he was one of very few Princeton alumni there for many years. The number was still in single digits when Dick’s daughter, Helena Eu ’74, followed in her father’s footsteps by matriculating at Old Nassau.

I learned more about Dick’s remarkable time at Princeton over lunch in late October while I was in Singapore to meet with alumni. Hearing his tales led me to reflect on how much Princeton’s ties to Asia have strengthened over the years — and why they are so vital to the University’s future in our globalized society. 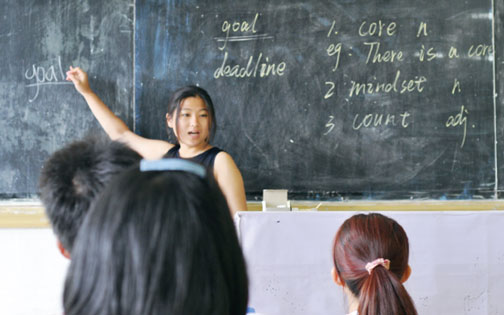 Enhancing Princeton’s presence in Asia and strengthening our scholarly focus on the region have been linchpins of our internationalization efforts in recent years. In contrast to Dick’s era, today we have a thriving community of Asian undergraduate and graduate students, and our alumni population in Asia is growing and engaged. We have established formal partnerships with more than a dozen universities across Asia, supporting student exchange and study abroad programs and opportunities for our faculty and research staff to collaborate with their counterparts across the globe. And we have assembled a formidable roster of scholars in multiple departments and programs whose research and teaching illuminate aspects of life in Asia through the study of history, language, literature, art, politics, economics, anthropology, and other fields.

Since taking office as president in July 2013, I have traveled twice to Asia and seen firsthand Princeton’s vibrant presence there. In Hong Kong, Seoul, Beijing, Tokyo, and Singapore, 750 alumni, parents, and guests turned out for receptions and dinners to discuss the University and to connect with fellow Princetonians. (This includes 132 attendees in Singapore, where Dick Eu now has plenty of company in gaudy orange and black clothing.)

I also visited some of our key scholarly partners. At the University of Tokyo in the fall of 2013, our Princeton contingent met with students and toured the extraordinary facilities of the National Astronomical Observatory of Japan (Princeton astrophysicists have enjoyed longtime collaborations with their Japanese counterparts). A year later, President Junichi Hamada brought his own delegation to Princeton for “University of Tokyo Day,” a wonderful celebration of our institutions’ strategic partnership.

In our fall 2013 visit to China, we signed a collaboration agreement with officials at Beijing Normal University and met with leaders of Peking University and Tsinghua University. Tsinghua University now houses the recently opened Princeton Center in Beijing, our first administrative center abroad, which was established to help Princeton community members with a range of services in China, including travel and housing, translation arrangements, and access to research resources.

Our relationships with these and other institutions in Asia are examples of Princeton’s distinctive approach to internationalization. Rather than investing in satellite campuses to beef up our presence overseas, Princeton stresses flexibility by focusing on partnerships and collaborations with distinguished institutions worldwide — providing opportunities to pursue emerging areas of scholarship and to be nimble in supporting exchanges of people and ideas.

Our efforts in Asia reflect the strong interest in the region among our students and faculty. In the past five years, for example, more than 800 students have participated in study abroad programs and internships in Asia. The Global Seminars program of the Princeton Institute for International and Regional Studies (PIIRS), established in 2007, has immersed students in a variety of summer courses in East Asia and South Asia, as well as other parts of the world.

To augment an already stellar group of faculty focused on Asian studies across the disciplines, we recently have made some exciting appointments. For example, Yu Xie, a renowned expert on the social transformation of China, will join our faculty next fall with a joint appointment in sociology and in PIIRS. Rory Truex ’07, who as an undergraduate launched an English immersion program for college students in rural China through Princeton in Asia, returned in July as an assistant professor of politics and public affairs, with a focus on Chinese politics and institutions. Two assistant professors of East Asian studies came aboard this academic year: Erin Yu-Tien Huang, who focuses on modern Chinese literature and visual studies, and Franz Prichard, who works on contemporary Japanese literature and visual studies.

These snapshots provide just a glimpse of Princeton’s growing, wide-ranging connections with Asia. As the world continues to evolve, we will sustain our dynamic approach to bolstering ties throughout the region, recognizing that encouraging scholarly and cultural exchanges in Asia is a critical facet of the increasingly global character of the Princeton community.