Published in the May 13, 2015, issue of the Princeton Alumni Weekly

As the academic year draws to a close and I begin to think about our upcoming Commencement exercises, I marvel at the experiences and accomplishments of our graduating seniors. A great pleasure of my job is meeting students through interactions at campus events, in residential colleges and dining halls, and during my office hours. I learn about many others from faculty, deans, coaches, and staff, or through reading about their award-winning and inventive exploits inside and outside of the classroom.

I would accordingly like to use this column to introduce you to four extraordinary members of the Class of 2015. They represent just a small sample of the amazing group of students who will soon join our alumni community. I happily could have selected many others — but I hope that these four will give you a sense of why I find so much joy in the time that I spend with students, and why all of us should take tremendous pride in the achievements and the promise of Princeton’s great Class of 2015. 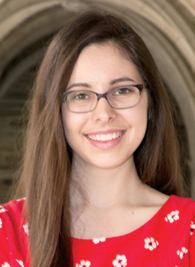 Katherine Clifton, of Honolulu, is an English concentrator and theater certificate candidate whose time at Princeton has strengthened her interests in the arts and her awareness of their social and political importance. With the Bridge Year Program in Serbia, she helped create an after-school literacy program and taught English. After graduation, Katherine will return to Serbia as a Martin Dale ’53 Fellow, writing and staging an original play to explore hostilities between the Serb and Roma people and, she hopes, help bridge their divides.

Katherine found many outlets for artistic and civic engagement on campus, from the Princeton Shakespeare Company to the Princeton Bhangra dance troupe to the Undergraduate Student Government. She aims to combine these passions in her career, inspired by one of her most transformative experiences — a Princeton Global Seminar in Greece focusing on ancient playwrights. As Katherine says, “Realizing that politics was inextricably linked to theater’s inception deepened my respect for theater as a powerful medium of social and political change.” 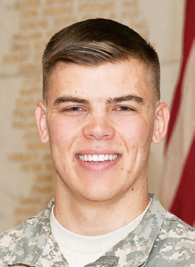 Robert Dougherty, who is from Collegeville, Pennsylvania, is the Princeton Army ROTC Tiger Battalion commander and was selected three times by his instructors and peers as the top cadet in his class. After his commissioning as a U.S. Army officer, Bob will head to infantry officer training and Ranger School in Fort Benning, Georgia, and then will serve as a light infantry platoon leader in Vicenza, Italy. A politics major who is obtaining a certificate in political economy, Bob wants to pursue a career in the Army’s special operations community and later in Congress or the Department of Defense.

Bob has been active in the campus community as a residential college adviser in Butler, a member of the Alcohol Initiative Committee, and captain of the varsity sprint football team. “I am thankful for every moment I had the privilege to play a game I love for the school I love,” he says. “I had the pleasure to play with some of the best people I’ve met, for some of the best mentors I know, and I am a better person for it.” 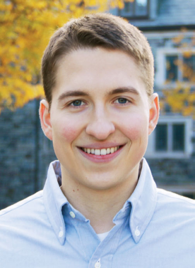 Michael Kochis, of Coraopolis, Pennsylvania, has wanted to be a doctor since childhood and is headed to medical school after Princeton. A molecular biology major and a certificate candidate in global health and health policy, his studies have exposed him to various approaches to promoting healing on a wide scale. Putting those interests into action outside the classroom, Michael has been chair of the Student Health Advisory Board, a peer health adviser in Whitman College, and a volunteer EMT.

Michael spent last summer in Ghana, conducting research for his senior thesis on the impact of vaccinations on the spread of rotavirus — an experience for which he is very grateful. He says, “Traveling to Ghana for eight weeks to gather my data and immersing myself in a vastly different culture was an eye-opening experience that four years ago I would not have dreamed of having.” 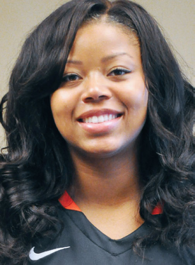 Mariah Smith, who came to Princeton from Peoria, Illinois, was a four-year member of the varsity women’s basketball team and co-captain of this year’s record-breaking squad. She has balanced her commitment to athletics with a major in mechanical and aerospace engineering and certificate study in robotics and intelligent systems; her senior thesis involved building a working robotic arm. Mariah also has been active in the Reading with the Tigers program for local schoolchildren, Athletes in Action, and the National Society of Black Engineers.

After Princeton, Mariah plans to gain work experience in engineering, consulting, or another business before pursuing an MBA, with an eye on running an organization that will make the world a better place. Her rigorous schedule of high-level athletics and academics, she says, “made me incredibly well rounded and confident in my abilities to succeed wherever I go. I can truly say that four hard years at Princeton is exactly what I needed to reach my full potential.”