Realizing a Bold Vision for the Arts

Published in the October 25, 2017 edition of the Princeton Alumni Weekly.

In mid-August, the protective fencing around the Lewis Arts construction project came down at last. Faculty and staff began to move into new offices. Community members wandered through the landscaped plaza, contemplating architect Steven Holl’s graceful design of three new buildings dedicated to music and the arts. The grand opening was more than a month away and students were not yet using the stages or practice rooms, but this increasingly exciting corner of Princeton’s campus had already been transformed in magical ways.

My first stroll through the complex brought to mind a conversation that I had with President Shirley Tilghman more than 13 years ago when she invited me to join her administration. I asked Shirley about her goals for Princeton. Her reply touched on several topics, but she became most animated as she talked about the arts. She spoke passionately about the place of creativity and imagination in liberal arts education; about the importance of attracting and training students with extraordinary artistic talent and also enabling every student to engage with the arts; and about Princeton’s responsibility to support the arts in a world too often focused on narrowly practical concerns.

Shirley’s emphasis on the arts was compelling to me, and it was one of the many reasons I was so happy to serve as her provost. She found an enthusiastic partner in Peter B. Lewis ’55, who had already established himself as one of the most generous donors in Princeton’s history. In 2006, Peter’s record-breaking $101 million gift to advance the creative and performing arts at Princeton served as a catalyst, propelling the University toward the bold vision for the arts that is being realized today.

A legendary philanthropist, Peter’s generosity may have been matched only by his maverick individuality. He had a largerthan- life personality. As chairman of Progressive, Peter created a corporate culture in which employees were encouraged to take risks and push the envelope in spaces filled with contemporary art. He cut an unusual figure in the C-suite, even attending one board meeting in costume as the Lone Ranger, the TV character with whom he identified.

Outside-the-box thinking was Peter’s trademark. His ability to see the potential in markets that others had ignored helped Peter to build Progressive into a powerhouse with over 28,000 employees and $16 billion in annual revenue at the time of his death. “The whole point [of management],” Peter once said in an interview with Cleveland Magazine, “is to give people the opportunity to excel. People who are given the freedom to do their best do spectacular work. My job is to figure out how to get them to do their best.”1

This type of imaginative excellence is on display in the work of extraordinary students and alumni such as playwright Branden Jacob-Jenkins ’06, who debuted the world premiere of his play GURLS in the Wallace Theater during the Festival of the Arts earlier this month. A modern adaptation of Euripides’ classic play The Bacchae, GURLS manages to encapsulate perfectly Shirley Tilghman’s observation that the arts “are simultaneously ancient and avant garde: they are literally as old as human civilization, but they constantly renew our society with fresh perspectives on human experience.”2

Branden is known for his ground-breaking works that satirize modern culture and illuminate the experience of navigating race, class, and identity. But before he was a two-time Obie Award-winning playwright and a 2016 MacArthur Fellowship recipient, Branden was a senior at Princeton, writing and directing his own thesis show at the Berlind Theatre in the McCarter Theatre Center. The chance to produce a show in an extraordinary venue like the Berlind is an experience that many college undergraduates will never have, and it gives students like Branden “the opportunity to excel” that Peter described. Just over a decade since Branden graduated and Peter made his landmark gift to the arts, the recent launch of the Lewis Arts complex demonstrates the expanding role of the arts at Princeton and their enduring value in higher education. 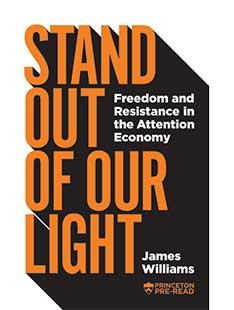 With access to these beautiful state-of-the-art spaces and the remarkable faculty and fellows of the Lewis Center for the Arts and the Department of Music, our students have the opportunity to create boldly and express themselves with originality, imagination, and daring. Part of the beauty of this new space is that we don’t yet know its full potential. In my experience, when our students and faculty work together to cocreate, test limits, and explore new frontiers, the possibilities can exceed our wildest imaginations. Of that, Peter would be proud.

Many donors, faculty members, administrators, community leaders, and others rallied together to bring the Lewis Arts complex into being. I am confident that all of them would join me in recognizing and applauding the special leadership that Shirley and Peter provided. In the months and years ahead, I hope you will join us here on campus to experience the stunning venues of the Lewis Arts complex, and I hope you will reflect on the inspiring vision of Shirley Tilghman and Peter B. Lewis as you, too, stroll through its many inviting indoor and outdoor spaces.