First published in the November 2020 issue of the Princeton Alumni Weekly. 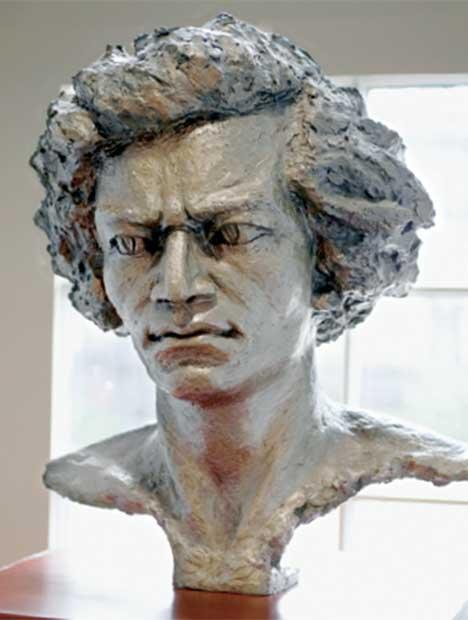 Human beings and human institutions have aspirations, which we often fail to meet. What defines who we are? Our highest aspirations? Or our most ignoble failures?

In the notorious Supreme Court case of Dred Scott v. Sandford (1857), Chief Justice Roger Taney said that people of high character must be understood to act consistently with their stated ideals. The signers of the Declaration of Independence, he said, “were great men— high in literary acquirements—high in their sense of honor, and incapable of asserting principles inconsistent with those on which they were acting.”

Taney noted that America’s founding generation enslaved Black people. He concluded that when the Declaration announced that “all men are created equal,” it referred only to white men.

Abraham Lincoln and Frederick Douglass took vigorous issue with this passage. They insisted that the authors of the Declaration and the Constitution meant literally “all men” (or possibly, given eighteenth-century usage, all men and women). Lincoln and Douglass believed that people of high character could, and indeed should, express ideals or aspirations that might cast harsh light on their own conduct.

As this example illustrates, the stakes are high when we ask whether our aspirations define our identities. It is easier to love and take pride in our country and our Constitution if America is defined by its highest aspirations. But with that pride comes responsibility: taking seriously our highest aspirations may require enormous sacrifice, as it did for Lincoln, Douglass, and those who fought and died for the Union in the Civil War.

Questions about aspiration, failure, and identity are very much at the heart of this year’s Princeton Pre-read, This America: The Case for the Nation by Jill Lepore. As I noted in my Opening Exercises address, Lepore’s book begins with a very apt epigraph from W. E. B. DuBois:

Nations reel and stagger on their way; they make hideous mistakes; they commit frightful wrongs; they do great and beautiful things. And shall we not best guide humanity by telling the truth about all this, so far as the truth is ascertainable?

That is Lepore’s project, both in This America and in These Truths, her magisterial, one-volume history of the United States, a nation she rightly describes as “founded on a revolutionary, generous, and deeply moral commitment to human equality and dignity.” Lepore tells how the United States has battled, from its inception to the present, the contradiction between inclusive aspirations and oppressive practices. “In the United States,” she claims, “the nation is that battle.”

Lepore makes clear that Americans can simultaneously be proud of the progress that we have made, grateful to those whose dedication and sacrifice moved us forward, and also honest about the “frightful wrongs” yet to be remedied. Such honesty betrays neither our ideals nor our achievements. On the contrary, it is the only way to carry forward the battle that gives our aspirations meaning, and that allows us to claim that the aspirations, not the wrongs or the failures, are what ultimately define us.

What Lepore says about America is true about all people and institutions, including Princeton and other universities. Our highest aspirations demand frank honesty about our most significant deficiencies, and a never-ending quest to do better.

The failure to appreciate this point is the most generous explanation I can give for the U.S. Department of Education’s decision to investigate Princeton on the basis of a letter that I sent to the Princeton University community on September 2. In that letter, I described steps our University would take to fight systemic racism and inequities on our campus and beyond.

The Department suggested that by recognizing a need to address systemic racism, the letter may have admitted discriminatory behavior. That is nonsense. Princeton is fully compliant with all relevant antidiscrimination laws, and we can all be proud of the University’s commitment to diversity and inclusivity.

We nevertheless must recognize that even after we have complied with all relevant laws, even though we have increased the diversity and inclusivity of our campus community tremendously, and even when our intentions are entirely benign, unjust racial inequities may persist through entirely legal and well-intentioned practices or systems (that is what is meant by the concept of “systemic racism”; it does not mean, as people sometimes mistakenly suppose, that intentional discrimination or animus is pervasively or “systematically” present).

We have an obligation to address these inequities for many reasons, and not least because that is the best way to be faithful to the ideals that justify our pride in this exceptional University. Only by candidly confronting injustice and inequities, only by continuing the battle against them, only by pushing always to be better, can we, our country, and our University defend our integrity and achieve our highest aspirations.